Great BBC story on morse code from 2008, mentioned on the FT817 email list by Joe WB7VTY:

Via Julian G4ILO I came across a WSPRnet report from DM1RG on his success with a newly built KGD Antenna from the German site QRP Project. I had actually ordered their other antenna project (a Multiband Fuchs antenna that enables a single 41m wire to operate on all 8 HF bands) a few days ago and earlier tonight revisiting their site I was readng more about the KGD antenna – a very small vertical dipole – how’s 130cm for a 30m antenna that enabled a link from D to VK on 5 watts?

The Kurz Geratener Dipol antenna is no longer available as a kit but the instructions are still online – auf deutsch. I should also have a go at translating the manual. It seems to be quite an effective design. On the 40m version (pictured here from the QRP project site) – all 150cm of it – the bandwidth between SWR 2:1 points is 45kHz.

Reading about the antenna again on the same evening is clearly some kind of good omen? I can almost imagine one mounted bike mobile!

I rejoined the CW Operator’s QRP Club Inc. after a long absence. I was surprised to discover I’m entitled to my original membership no #56. It’s probably been almost two decades.
I have fond memories of the Lo-Key magazine, but I’m also keen to have a go at the club’s Milliwatts per Kilometre Award! 10,000km on 5W or 1,000km on 500mW!

Samuel Morse was born 219 years ago. But of course credit for devising the code that bears Morse’s name goes to his assistant (machinist & inventor) Alfred Vail. His birthday is 25th September 1807.

“Beware the Jabberwock, my son!
The jaws that bite, the claws that catch!
Beware the Jubjub bird, and shun
The frumious Bandersnatch!”

But make sure to check out the new training section on the SKCC site featuring mp3 files prepared by John KF7BYU.
So far the following texts are online, some in speeds ranging from 5 up to 50 wpm, along with text files:
The War of the Worlds, The Gettysburg Address, The Jabberwock, The Night Before Christmas, Hams Christmas and The Raven.

Today is International Marconi Day. He was born on this day in 1874 in Bologna.

Hot science news of the day is the series of startling close-up images of the sun in full roar. ABC Science has a story with local scientific analysis of the unprecedented pix provided by the Solar Dynamics Observatory which was only launched on 11 Feb this year. A comprehensive set of images and downloadable video clips is at Watts Up With That? 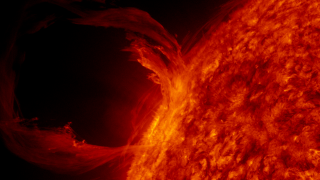 The SDO’s five year mission has got off to a brilliant start. Some of the images and video captured a coronal mass ejection from an amazingly close observation point!
(Image credit: NASA/Goddard Space Flight Center Scientific Visualization Studio)

An article appeared on the WIRED site recently about the re-branding of RadioShack, a mirror of the same change happening to Australia’s iconic Dick Smith Electronics stores. The subtitle sums it up: ‘Tinkerers Search for New Spiritual Home’.

” The new bosses want to turn RadioShack into a hipper, more mainstream place for “mobility” — which is what they insist on calling the cell phone market. (In an interview, RadioShack’s marketing chief used the word mobility an average of once every 105 seconds.) Selling phones is central to the new RadioShack. And so far, it seems to be working. Per-store sales are up, and corporate profits jumped 26 percent in the fourth quarter of 2009.”

The article identifies ‘a small subculture of RadioShack nostalgics’ and their feelings of betrayal and loss. The author asserts that

“in a single generation, the American who built, repaired, and tinkered with technology has evolved into an entirely new species: the American who prefers to slip that technology out of his pocket and show off its killer apps. Once, we were makers. Now most of us are users.”

It sketches the history of the brand, the importance of the high profit margin and how in a way the introduction of the TRS-80 the first mass-produced PC was the beginning of the end for the DIY mission of owner Charles Tandy. The up to 500% markup of tiny electronic components has been replaced by the cell phone which is “like a tiny slot machine that pays off month after month.”

In Australia the Tandy chain was established in 1973 and finally purchased by Woolworths in 2001. Woolworths also own Tandy’s one-time competitor Dick Smith Electronics (fully owned as of 1982). In 2009 Tandy stores began morphing into DSE outlets. Jaycar now remains as the most likely place to purchase electronic bits and pieces, with a wide network of stores across the country. Hunting down rarer semiconductors, components like toroids, hardware and even wire is often easier via US speciality suppliers like ‘The Wireman’ etc.

I’ve had my Wouxun KG-UVD1P for a few weeks. I ordered it from a Hong Kong based dealer for US$105! I also ordered a USB programming cable. The radio works well and has a very pleasant audio to listen to. However I was never able to get the original progrmming cable to work. I tried every possible way, on three different PCs and even on a Mac pretending to be a PC(!). I finally contacted the dealer who suggested sending it back to HK for a check. The airmail was probably three times the cost of the cable. In any case now a couple of weeks later, I’ve just received a new cable and best of all – it actually worked first go! Thank you to Radioshop888!
My radio works on 2m and 70cm. In fact the frequency range is quite wide, taking in UHF CB and Marine frequencies: 136-174 and 400-480Mhz. As the Wikipedia sourced photo indicates other ranges are available for other markets.
The design and finish is probably short of the big firms, but for me it’s easier to use than my Yaesu  VX-7R even though it’s a bit fatter. It feels like a radio you’d readily grab and use. You don’t need to spend a few nights of your life getting orientated to the device’s view of the world. (That’s probably just as well given the brevity of the Wouxun’s guide). The battery is holding a charge well and all accessories including a spare battery are cheap. Full retail Yaesu replacement battery are almost what I paid for the Wouxun. I surprised how well the little 7″ (18cm) whip works. 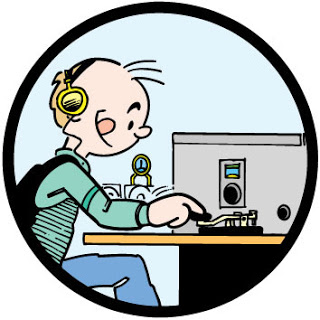 “You can copy 25 wpm in three weeks, with just 15 min a day practice. Start at 35 and work down… You listen, and listen some more. Use the W1AW practice run that starts at 35 wpm. After a few weeks, 25 wpm will sound slow, and you should be able to write the characters.”

Ron on the CW list describing how he broke through his own plateau. Extreme Farnsworth.