On Wednesday evening I went along to a talk at a nearby library by David Dufty about his recent book ‘The Secret Code-Breakers of Central Bureau – How Australia’s signals intelligence network helped win the Pacific War’ published last year by Scribe.

It’s a great story that does uncover previously unacknowledged contributions. Dufty’s interest was sparked by a newspaper mention of Australian wartime code-breaking on Anzac Day 2012. His interest triggered a comprehensive research trail.

It’s a great read with a solid bibliography. He interviewed about twenty people who worked on breaking the Japanese codes. From a standing start, the operation grew to involve over 4,300 Australians – a venture, Dufty says,  it’s hard to imagine us being able to mount as readily today.

He mentioned many of the characters from Australia’s early radio history, including Mrs Mac, Florence MacKenzie, who trained thousands of women morse operators who in turn were used to train many Australian servicemen.

He also mentioned Eric Nave who was responsible for breaking Japan’s Naval codes. Nave as a young naval cadet had spent years in Japan learning the language and culture of the country.

The character with the best nickname would have to be Keith ‘Zero’ Falconer. He was the country’s top interceptor of Japanese Kana coded messages. He got the nickname from his colleagues as every single day of Kana code training in Melbourne he would score zero errors in the test. Japanese hams can still be heard conversing in this code on the bands today.

The character who stands out from David Dufty’s talk on Wednesday evening is Stan or Pappy Clark. Apparently, prior to enlistment, his work was scripting radio serials for children. The mention of the magic word radio was enough to catch the eye of people recruiting for radio intelligence work, and it turned out to be a fortunate selection for Australia.

Stan Clark used his talents to develop a comprehensive knowledge of the Japanese communication networks and was able to analyse the dynamic ebb and flow of their radio traffic. Even if we weren’t able to decode every message the broad overview – which Dufty interpreted as the ‘metadata’ of the enemy’s radio communication – of this traffic analysis played a crucial role in determining the allied strategy of the war and effectively saved thousands of allied and enemy lives. Macarthur’s famous island hopping strategy was directly informed by this intelligence. One of the special things about Wednesday night was that unknown to Dufty until the end of his talk, Clark’s grandson and family were in the audience.

I’ve been wondering whether I should try to synchronise my most recent efforts at learning and improving my morse with a similar complementary neural mapping exercise of simultaneously learning to touch type as I practice copying morse code.

I was googling around – on the off-chance someone had developed the ultimate piece of software which combined G4FON Koch CW Trainer with Typist or some other touch type trainer, oh and for the Mac would be good – using the term “learning morse and to touch type at same time” and I discovered via Google Books Lewis Coe’s ‘The Telegraph’. Here on page 109 is mention of how operators could recognise their call in their sleep!

The highlighting is due to the google search term.

On pages 69-70 there’s mention of how the older operators used a mill to take down messages as they streamed in over the line.

Maybe the best approach would be to change the learning sequence of characters to match the character sequence of touch typing so that every character gets a double whammy of learning reinforcement. So F, J, D, K, S, L, A and ; (?) instead of K, M, R, S, U, A, P, T, L and O.
It shouldn’t be too hard to generate suitable static mp3 audio files of the touch type progression of characters. It would be great if there was a way to randomly generate according to this new progression, in a similar way to the G4FON software, with the alternate character sequence.
Also, I’m sure someone somewhere must have considered the learning pros and cons of such an approach.
I also found the perfect font to use. It’s called MILL
You can grab this TrueType font from http://www.qsl.net/n1ea/MILL.ttf.
Not quite the same as this one which explains its own provenance:

This link takes you to the section within the full day’s 8 hours and 21 minutes long recording.

This link takes you to a version edited by Budd, WB7FHC of the same talk. 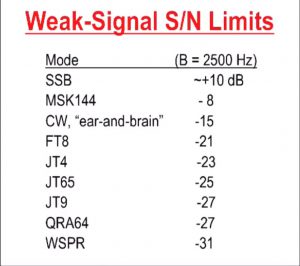